James Harden surely didn’t disappoint in his Brooklyn Nets debut on Saturday. The newly-acquired All-Star shooting guard posted a triple-double with 32 points, 12 rebounds and 14 assists to help the Nets beat the Orlando Magic in an effortless 122-115 win.

Like the rest of the fans, NBA analyst Shannon Sharpe was also in awe after watching Harden’s first game with the Nets – so much that he even took his feelings to Instagram to express just how amazing Harden is while playing with Kevin Durant.

However, Sharpe’s statement on Instagram wasn’t the one that made a striking impression. This is because retired NBA player Matt Barnes, who commented on Sharpe’s IG post, turned heads and stole much of the attention after putting up some agitating hot take about Kyrie Irving. 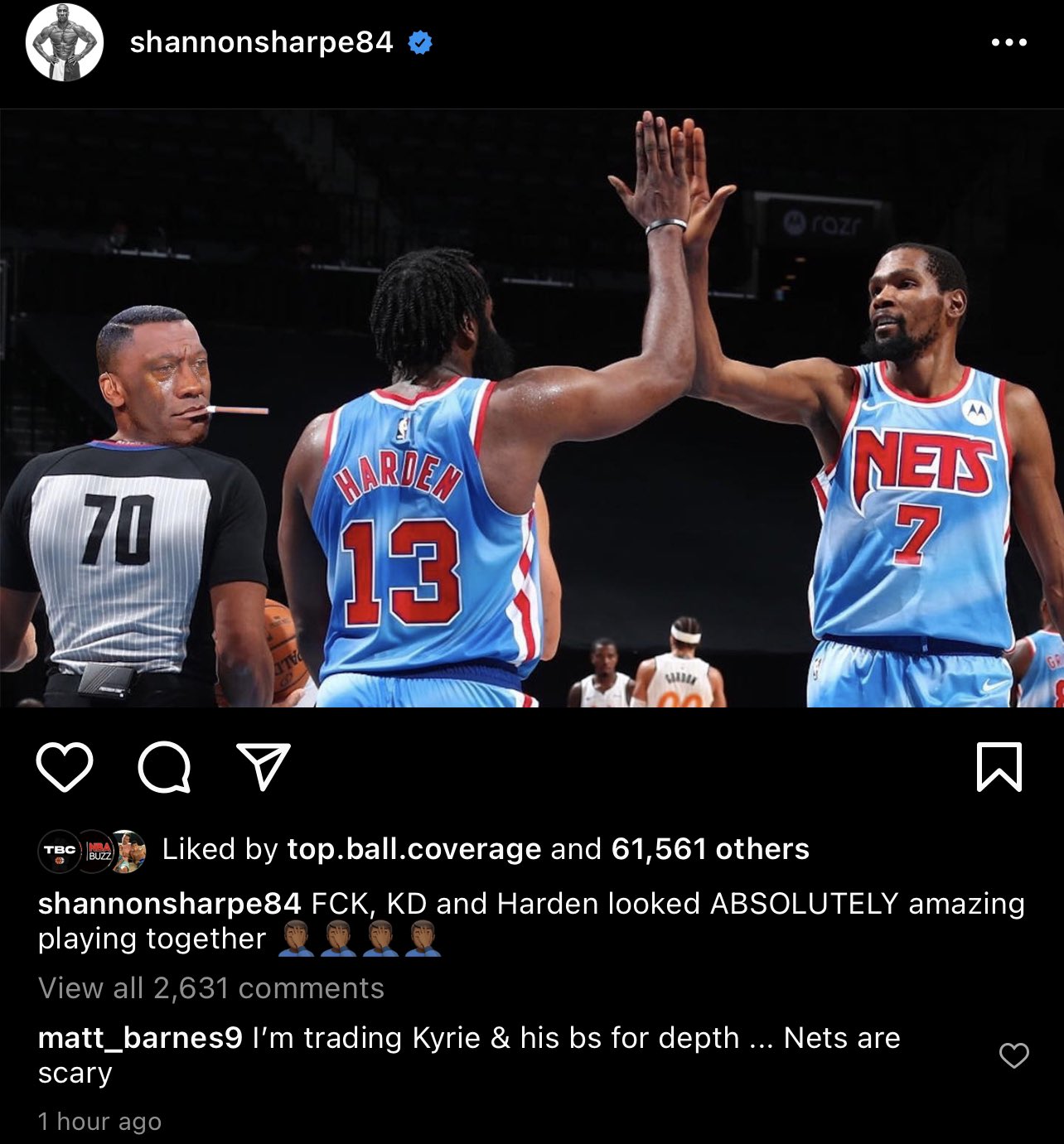